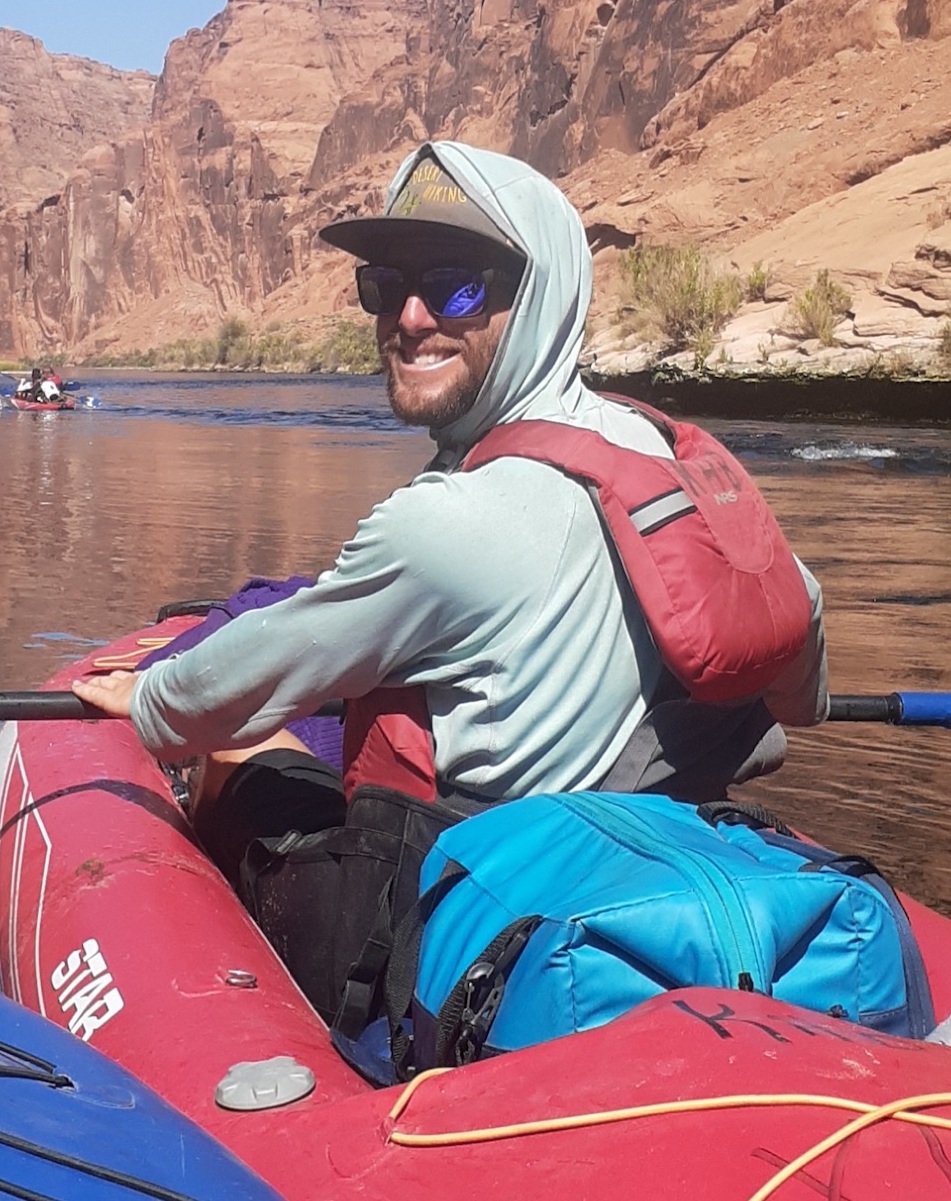 I have been exploring the Grand Canyon and surrounding areas since 2012. Originally from Indiana, I have had the fortune of working in many National Parks from Yosemite to Glacier. The southwest has won me over with its vastness and grandeur of its canyons, plateaus, and mountains. I have called the Colorado Plateau home since becoming a landowner in 2013 and raising a homestead entirely off-grid. I live with my girlfriend and two dogs and four kittens just south of the rim of the Grand Canyon. It is my passion and purpose in life to share with people the beauty and majesty that is awaiting discovery inside the Grand Canyon. I look forward to showing you the Grand Canyon from a different perspective than most get from the rim. Diving deep into the Abyss adventure awaits as we discover new ecology, flora and fauna, and wildlife, in an ever-changing environment. Lets learn how to hike smart and responsibly, leaving no trace as we go, together protecting the National Parks for future generations!

This is a must do hiking experience for anyone looking to truly know what it’s like to be in the canyon, learn about the vegetation, the animals and about how to preserve this wonder of the world.

They are very accommodating and are there to make sure your experience is worthwhile. Thank you! Definitely recommending all my friends to this experience.

This experience exceeded all of mine and my husband’s expectations. Louie shares so much knowledge concerning the fauna, geology, and history of the Canyon, which truly amplified the experience.

If you want to truly experience the beauty, history, and sheer magnitude of the Grand Canyon then this is the experience for you.

Great experience with James as our tour guide. He was knowledgeable, great company and very sensitive to when we needed a break! And made a great sandwich.

We did a day hike down to cedar ridge, but had we been in better shape he would have taken us further. It was just what we had hope it would be.

Louie is a fantastic guide, he made us feel very comfortable, brought all the equipment we didn’t even know we needed. It was honestly the most amazing experience of a lifetime to be able to hike down into the canyon.